Internet Explorer Has Lost All Support (What You Need to Know)

After being the main entry to the internet in the late 1990s and early 2000s, Internet Explorer (“IE”) is gone. As of June 15, 2022, Microsoft dropped the web browser from support.

IE ushered in the age of connection to the world in 1995 and held a majority of the browser market share for many years. But the release of newer technologies like Google Chrome made it less relevant.

In 2014, Internet Explorer still held about 59% of the global market share, with Chrome at 21%. But just two years later, IE lost its top spot to Chrome and trailed behind another newcomer, Safari.

In 2015, the writing was already on the wall when Microsoft released a new browser, Edge. Edge was clearly destined to take IE’s place as the official browser installed on Windows systems.

It’s inevitable that the longer technology is driving work and home life, we’re going to lose some of our favorites. Adobe Flash Player is another technology that used to be widely used but is now gone.

So now that IE has reached its end of life (EOL), what happens next? We here at Firewell Technology Solutions have put together a brief summary to help you navigate the transition from Internet Explorer to Microsoft Edge.

Microsoft Will Redirect Users to IE Mode in Edge

According to Microsoft, now that IE is officially out of support it will redirect users. Over the next few months, a new experience will happen. Those opening this outdated browser will instead land in Microsoft Edge with IE mode.

To ease the transition away from Internet Explorer, Microsoft added IE Mode to Edge. This mode makes it possible for organizations to still use legacy sites that may have worked best in IE. It uses the Trident MSHTML engine from IE11 to do this.

When in IE mode, you’ll still see the Internet Explorer icon on your device. But if you open it, you’ll actually be in Microsoft Edge.

Microsoft Will Be Removing Internet Explorer Icons in the Future

Microsoft isn’t yet getting rid of the IE icons that appear in places like the taskbar and Start menu on Windows. But it will in a future update. Users can expect to see those removed at some point.

What about your favorites, saved passwords, and other settings that you have in IE? Microsoft Edge will import these from Internet Explorer for you, so they’re not lost. This will include things like your browsing history and other data stored in the browser. You’ll then be able to access these in the Microsoft Edge’s settings area.

With Internet Explorer Retired, What Do You Need to Do Now?

It’s risky to keep older technology that is no longer supported on your system. Cybercriminals love to exploit older tools that are not receiving any security updates. This leaves an open invitation to breach your network. Manufacturers are never going to address these because they retired the software.

Outdated technology costs enterprises approximately 47% more when they suffer a data breach. As compared to those with updated tools.

You should transition your stored information to Microsoft Edge (or another trusted browser). Then uninstall IE from your device or devices.

Ensure Employees Know How to Use Internet Explorer Mode in Edge

A scenario that businesses want to avoid is what happened to many organizations in Japan. Several government and corporate users weren’t prepared for the retirement of IE.

It was reported that IT and engineering departments received many calls for help. This was due to unpreparedness for the browser’s demise. Although it came with warnings, it was a shock to many that used legacy sites that need IE to work. This included the customers of government agencies, financial institutions, and other organizations.

This left them scrambling to try to figure out what to do at the last minute. They still needed access to employee attendance management, and other online tools.

Of course, with IE mode in Edge, this transition didn’t need to be so chaotic. But without communication or training, more than 20% of affected users hadn’t figured out what to do.

Make sure you communicate with your team what to do. Companies can automate IE mode for their users so that it launches automatically.

Microsoft Edge has a lot of benefits over IE and other browsers. It’s faster and more responsive than Internet Explorer. It also has comprehensive security controls (including password breach monitoring). And has unique features such as “collections.”

But with all new tools, if you want employees to use them proficiently, they need to have a chance to learn them. Take the time to transition right, and have your employees trained on Edge.

You don’t have to panic when a technology you use retires. We can help you upgrade well ahead of any deadlines. Reach out today to schedule a technology consultation with Firewell Technology Solutions!

This Article, adapted, has been Republished with Permission from The Technology Press.

5 Mistakes Companies Are Making in the Digital WorkplaceOctober 5, 2022
Small Businesses Are Attacked by Hackers 3x More than Larger OnesOctober 14, 2022 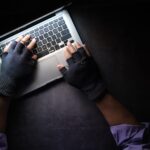 Important Steps to Take Before You Recycle a Mobile Phone Number

Some of the Most Helpful Features of Windows 11 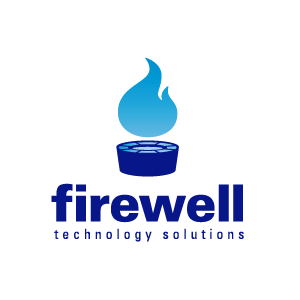 Information Technology Solutions for Your Home and Your Business 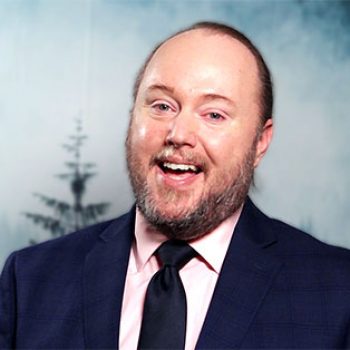 Hi! I'm the owner and chief writer at Firewell Technology Solutions. Enjoy your stay, and if you find our articles useful, please like and share on your socials!